From 20 September 2021 the car plus trailer test will cease to exist. Car drivers will be permitted to pull an outfit with a MAM of 7 tonnes. Information can be found by clicking this link which hopefully will be updated.  It is rather terse at the time of writing

The shortage of truck drivers has lead to this move.  Shortening the LGV test and abolishing the B+E test will put more truck drivers on the road.

It will be an interesting experiment and will, no doubt, highlight the value of training and testing.  I predict an increase in accidents associated with large vehicles and trailers.  Hopefully normality will resume once the truck driver shortage has been alleviated.

Aerodynamicists largely got their own way during the design of this working low drag prototype.  The ‘Pink Shirt’ designers still wanted a few styling creases stamped into the body though.

Air likes to travel in graceful curves.  Unfortunately mechanical parts are odd shaped and need to placed in the right position within the car.  Human beings also like to be placed in vehicles so they can see out and feel comfortable.  Finally fuel tanks have to be placed where they will not be damaged if the car is involved in an accident.  Getting this lot packaged so everything works, occupants are safe and comfortable and fuel tanks don’t burst into flames if the odd accident should occur –  this a tall order for the aerodynamicists trying to design low drag vehicles.

If it was practical to place fuel  in nooks and crannies which could not be used for any other purpose, then over 40 litres of space could be liberated.  Further space saving would be possible if engines generated high torque from rest.  This would eliminate bulky gearboxes. 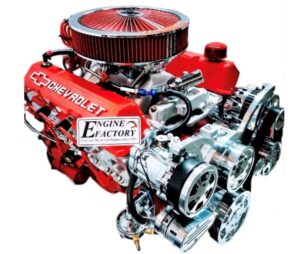 This 400hp internal combustion engine will occupy a large engine compartment and needs a gearbox. The total volume of the Tesla power plant is about the same as the air filter on this engine.  An electric motor has just two bearings.  There are scores in this internal combustion  engine.

Finally if powerful engines were tiny and efficient, space could be saved by placing motors in or near the wheels thereby making prop shafts and differentials redundant.  I would estimate that the  space available for passengers could be increased by well over a hundred litres.  By now, dear reader you have undoubtedly twigged that battery electric motors are the solution

Now electric motors can also act as generators.  Four wheel electric drive motors can apply retardation very precisely  when controlled by electronics and sensors.   Disk brakes will still need to be fitted to the wheels but they will have an easy job so may be light in weight.  Lower unsprung weight will improve ride quality.  Neither will they need unsightly air scoops to cool them since most of the cars’ kinetic energy will be recuperated into the batteries.

The aerodynamicists would have a field day unencumbered with the constraints of mechanical lumps to be enclosed in smooth streamlined shells.  Gawping holes in the front needed to cool inefficient petrol engines would not be needed therefore designers could avoid these sources of turbulence.   Floor pans could be as flat as those found on Formula 1 racing cars; drag coefficients could be halved and  car bodies would have a beauty generated by their functionality.  Unfortunately the ‘Pink Shirts’ designers would insist on the usual paraphernalia of superfluous creases and air scoops to give  their designs ‘road presence’  a term used to give cars an ‘angry face’ aping the faces of attacking carnivore 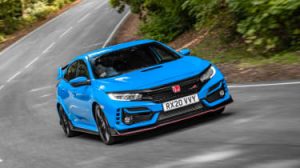 This hot hatch  has exaggerated air cooling scoops, the current fashion adopted by car designers.  They do nothing to smooth the air flow round the vehicle.

Cars designed to have a low aerodynamic drag will of course allow them to go faster – and every driver likes to have bragging rights.  Hopefully low drag may become  more prominent in sales literature since in the case of electric cars, this extend range.

Now some readers might consider that travelling in a box of lithium batteries to be somewhat risky.  Please may I point out that firing an incendiary round into a petrol tank is usually quite spectacular.  Repeating the experiment on a fully charged lithium iron phosphate battery does it no good.  However there would be no fire and the battery would probably still work for a while.

Tesla Model ‘s’ batteries were originally designed to be swapped over in a few minutes.  There was talk of batteries wearing out.  In practice this fear was unfounded due to manufacturing improvements .  Admittedly the occasional cell may fail but overall they are ‘fit and forget’.  There are no mechanical parts  to wear out.  Odd spaces could be filled with 21mm x 70mm cylindrical nickel free cells or perhaps prismatic cells shaped to exactly fit the space available. 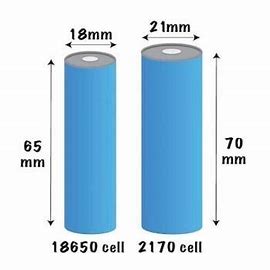 Now Tesla have bragging rights on the drag strip.  Moving all that energy from around the vehicle  requires heavy copper wiring.  This could be eliminated by mounting super capacitors near the motors.  These would drive the motors directly through short thick conductors and have sufficient energy to launch the car up to 60mph.  These capacitors would then be recharged at a relatively slow 40kw or so from the storage batteries allowing the slippery car to cruise at a leisurely 100mph.

Please may I finish with a gripe about huge 4×4’s.  They are fuel guzzlers and very bad for the environment.  They are not the best tool to be used on the school run.  The mechanical four wheel transmission means that the turning circle is poor making them cumbersome.  They are also prone to falling over if driven enthusiastically. By employing electronically regulated motors to each wheel, the vehicle can have far better traction than a conventional 4×4.  and the power can be vectored to maintain the best stability possible round bends.

This 4×4 fell over revealing the components beneath the car.  These ugly lumps of steel cause wind turbulence and therefore increase fuel consumption.

The Government has decreed that new cars sold will be  electric  by the end of the decade.  I, for one hope that these vehicles lose their internal combustion engine roots.

A consortium of  major car manufacturers have decided that cars will be fitted with a 48V (nominal) wiring system.  This will allow energy regeneration in petrol and diesel cars and a mild form of hybridisation.  As voltage increases four fold, so for a given Wattage, the current diminishes to a quarter of its previous value.  This allows the cross sectional area of the conductors to diminish by 75% .  Since copper is such a heavy and expensive metal, the wiring harness can be made significantly cheaper and lighter when dealing with the higher voltage

Wide band gap semiconductors are being developed to run at the increased voltage and since they will run cooler, devices running at the higher voltage can be made smaller and lighter since there would be less heat to dissipate.  This will be a significant advantage when self-driving cars are developed since the power needed to run computers can be quite a power drain.

48V has been chosen since any voltage below 60V is considered to be ‘low voltage’ so no special precautions are required during maintenance and no special warning identification is required on the wires.  48V also allows batteries to be charged without exceeding 60V.   It is no co-incidence that 48V is the nominal voltage of four lead acid car batteries in series which are, of course, 13.8V when fully charged.     55.2V would be the actual fully charged voltage of 24 lead acid cells in series.

48V is commonly used for electric bicycles and golf carts so lithium batteries of this voltage are increasingly available, together with 48V lighting and other accessories.  As this voltage becomes increasingly popular, the cost of 48V components will come down.

Electric cars usually run the traction motors at about 400V which is far too high for accessories.  Fuel cars currently run most equipment at 12V.   Consequently electric cars also have 12V lead acid batteries to run ancillaries which have historically used this potential.   I cannot conceive  that when petrol and diesel car sales are overtaken by the sales of electrical vehicles, the latter will have three voltage rails.  I predict that the 12V system will eventually become obsolete in the same way that the 6V system became obsolete on cars in the 1950’s when starter motors became reliable and cars no longer needed starting handles.

This article was written by John Silvester.  Researchers are free to refer the content of this article providing the source of the material is mentioned.