Buying a car with good economy. Thoughts from John Silvester

I spent a morning comparing fuel consumptions of various makes and models of cars and came to some surprising conclusions. Firstly I confirmed the obvious. Petrol engines lag behind diesel engines in terms of economy despite recent claims from petrol heads. Take for example the 105 bhp engines in the Golf hatchback. Naturally they have the same maximum speed of 118mph. The advanced turbocharged and supercharged petrol car has an extra urban consumption of 57.6mpg and the turbocharged diesel 72.4mpg. The Blue Motion version which has been optimised for even lower fuel consumption has an extra urban consumption of 83mpg despite having an engine with the same 105bhp . The math is simple. You could travel 40% further with each gallon in the Blue Motion diesel version compared to the petrol car with the same power.

Fabric needs rigid struts to keep it taught and will only take on simple curves. A metal top will be constructed with compound curves which can be optimised to minimise aerodynamic drag. Fabric also drags air along with it as it undulates with the air turbulence. The result is a waste of energy at higher speeds. This leads to a lower maximum speed and a commensurate increase in fuel consumption. Let us compare the Golf Cabriolet compared to the hatch. In 105bhp blue motion guise the economy is 68.9mpg compared to 80.7mpg. You certainly pay at the pumps if you own a soft top. I found no figures for this car with the top down. You can imagine that both economy and maximum speed will be very much impaired.

Four-wheel drive saps energy and since such vehicles often have a higher ride height to clear rough ground, this can make them less than ideal for spirited driving on tarmac. The Fiat Panda 1.2 4wd for example gives just 42.8mpg but this improves to 50.4 mpg with the simpler front wheel drive transmission. Most automatic transmissions also sap power from the engine. The Corsa 85bhp 1.2 16v engine has extra-urban economy figures of 64.2mpg for the manual version; the auto does 3.1 miles less. Finally, many years ago I compared rolling road print outs from mates who had Issigonis’ original mini and also the sit-up-and-beg Morris Minor. The simpler rear wheel drive car had greater power at the wheels although the engines had similar outputs. The noisy transverse drive gearbox of the original mini sapped almost half the power generated by the engine. 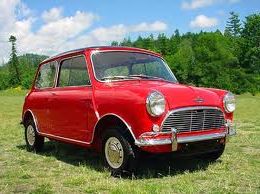 One dynamometer test revealed that just 19bhp got to the wheels. Almost half the power was wasted in the transmission.

Do not opt for large wheels

Powerful cars come with wide tyres, hence the huge slicks on the drive axle of a dragster. Big wheels are often an option on economical models. They might look good but apart from ruining the ride, they have an adverse effect on economy. I note that the 1 series BMW due to be launched in September 2011 was originally advertised with identical extra urban fuel economy figures of 72.4 mpg on all diesel models in the range ranging from 116 to 184 bhp. Buyers were to have a choice of wheels but the tyre sizes were to remain the same at 225/45. Later brochures gave a choice of wheel and tyre sizes which predictably gave different economy figures 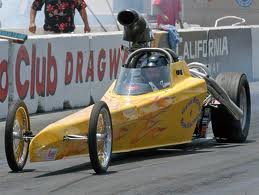 Longer cars may be more economical than short ones

Spoilers which trick the airflow into thinking that the car is longer than it actually is will reduce drag. Conversely just buying a longer car will show economies if most of your driving is at motorway speeds. The BMW 3 series Efficient Dynamic with the 2 litre turbo diesel engine will, for example do 78.5mpg in the extra urban cycle. It has a lower drag coefficient than the current 1 series, 2.7 versus 3.0. The smaller car has a comparable consumption 8mpg worse. The lighter car will however have better performance and use less fuel accelerating.

Obviously internal friction within an over complex engine will waste energy. Simple single cylinder stationary diesel engines as used in generators and pumps are far more fuel efficient than any car engine. Lots of cylinders provide a greater heat path for heat energy to escape from the engine. Many manufacturers are contemplating newer engine designs with fewer cylinders. The Fiat Twin Port engine provides spirited progress in the 500 model and economy, for a petrol engine is excellent 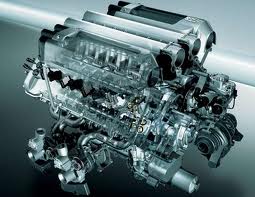 This Veyron engine produces 3,000 horsepower. Just 1,000 of these actually turn the gearbox. The rest is wasted as heat.

Manufacturers tend to optimise economy figures particularly if that means that the car will be exempted from vehicle excise duty. The practical gains derived from opting for an ultra economical car may not be as great as predicted. However drivers devoted to maximum economy will undoubtedly find these cars to be the tools for the job. The fuel efficient Prius will suffer poor economy if driven by the driver who is constantly late and trying to make up time. A Lotus Elise might suit this driver better.

Do not be overly influenced by shape

Most car designers, contrary to popular belief do not put that much effort in making cars aerodynamic. There is no need. Even modest cars have more than sufficient power to exceed motorway speed limits. A car which ‘looks’ aerodynamic, however will appeal to motorists so the stylists put lots of swoopy creases in the bodywork to look as if they somehow direct the wind around the bodywork. This, for the most part is just styling. Look carefully at a crease line after the car has been driven at speed in foul weather and you find for the most part that the dirt streaks will be at an angle to the body creases. This clearly shows that for designers, aerodynamics is not high on the list of priorities . This is confirmed if you look under a car. It is a plethora of pipes and beams running across the underside. Research on wind drag caused by the dirty bits under the car sadly lacks the glamour to encourage improvements in this area. Not much effort to reduce air drag here. 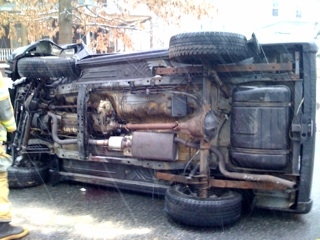 Take the low, sexy-looking Audi TT Coupe, a car with a floor-pan designed to accommodate four wheel drive. This has an advertised drag coefficient of 0.3 which is almost identical to the utilitarian looking front wheel drive Fiat Panda. This has a smaller footprint over the tarmac so has less underside to cause turbulence. Skinny tyres also reduce drag compared with the wide rubbers on the TT. 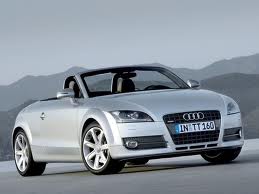 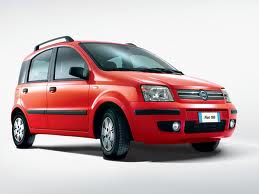 Reducing air flow under the car, either by bolting a plastic dam under the front bumper or lowering ride height will reduce air drag. This is a cheap way for manufacturers to reduce air drag on models with untidy undersides.

A low stance is not needed if the underside is smooth

Current production cars cannot match the aerodynamic efficiency of, say, the the Audi A2 which sadly went out of production about a decade ago. This had a drag coefficient of around 0.25 and in the hands of a skilled driver could return over 100mpg. Eighty years ago the easiest way of increasing top speed was to reduce air drag. In 1934 one of the fastest production cars was the Tatra with a remarkably low drag coefficient of about 0.2. No current family car can match these figures. 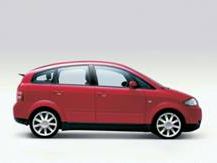 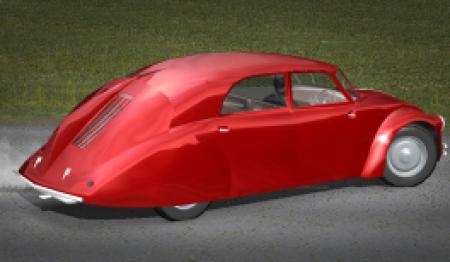 Many motoring journalists who do not pay for their own fuel seem to favour cars with ‘sporty’ free revving engines. Such characteristics are not amenable to an economic style of driving. The caveat is ‘try before you drive’. Keeping engine revs low reduces pumping losses caused by air being drawn through the engine, reduces the heat energy in the exhaust gases, reduces mechanical friction losses and gives more time for the fuel to burn. The diesel engine usually encourages this style of driving with high torque at low revs. The electric motor is even better with maximum torque from rest. Development of this means of propulsion is rapid and for short journeys, an electric car is the tool to use – if you have the funds to buy such an expensive car. 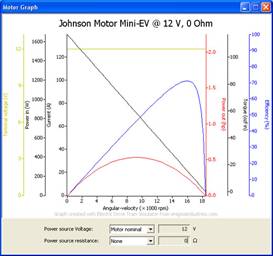 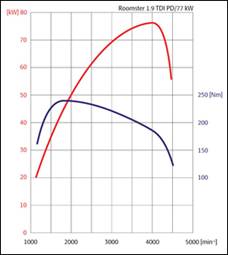 torque characteristics. Electric on the left, diesel on the right.

This article will be of interest only for prospective purchasers who only wish to save fuel or reduce carbon emissions. These people are as yet in the minority. Image is more important for most drivers as illustrated by the number of huge off-road vehicle used for the school run. These vehicles are rarely driven off road (intentionally). Remember girls wear high heeled shoes for the image they convey, not for their suitability for walking.