I missed half a day’s work on Wednesday 23 November. I was walking the dog on the Blythewood Estate, an enormous bang emanated form a house about fifty metres away, followed a moment later by a sickening rumble as it almost completely crumbled into a pile of bricks. Others came onto the scene before me to help the couple out of the house and I continued further down the cul-de-sac to return the dog. I drove back the short distance to the scene of the accident but the Police, who had arrived at the scene swiftly, had closed the road due to the possibility of a further explosion due to leaking gas. 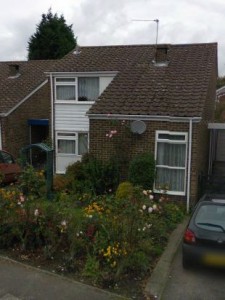 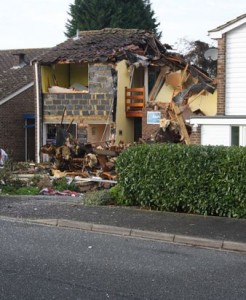 I understand the couple who owned the house survived and are recovering despite up to two thirds burns. The house had to be demolished. It can be seen from the pictures that they had a very narrow escape.