Our Chemistry teacher was, at one point going on at length about ‘the nitrogen cycle’ and how useful it was at keeping the soil fertilised.  One thing missing from the diagram he drew was the NOx from the exhaust from vehicles.  Although it is not as important at fixing nitrogen as lightning NOx still adds to soil nitrogen, effectively enabling plants to recycle atmospheric nitrogen into proteins.  In towns, some inhabitants show an allergic response to NOx and when there is no wind and the sun is shining, a photochemical smog can be generated which is unpleasant for all of us.

Car engines now re-breath their own exhaust in order to reduce NOx emissions.  The exhaust gas recirculating system is responsible for this.  Clearly this impairs combustion which increases the quantity of nanoparticles in the exhaust caused by incomplete combustion.  These are removed by a filter in the exhaust which increases back pressure further reducing energy efficiency.  This filter will eventually clog up so periodically the driver must heat up this filter by driving fast.  When it is sufficiently hot, fuel is injected into this filter and as it burns, the soot is purged out of the filter.  Fortunately this usually occurs in the countryside since we have speed limits in towns.

Clearly this process causes the engine to emit more carbon dioxide which is the main gas responsible for global warming.  The levels of this gas are increasing exponentially and is causing concern in the scientific community.  Extra energy being added to the atmosphere will cause stronger winds, melting of the ice caps and a rise in sea levels which will threaten cities such as London and New York.  Clearly current emission regulations will hasten this event.

I removed the emissions device from a car some years ago and replaced the exhaust with a straight through pipe. The improvement was startling.  It drove as if a heavy weight had been removed from the vehicle and at motorway speeds it behaved like an excited puppy wanting to be off its lead.  More importantly, the economy rose from a respectfully good 60mpg to an incredible 90mpg when driven ultra economically.  This would translate into a 30% reduction in carbon dioxide emissions. 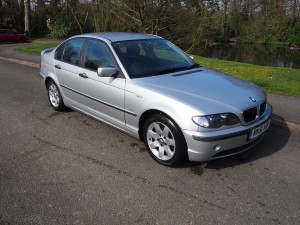 Clearly the current regulations are causing an increase in  greenhouse gas emissions by stifling our cars.  Since NOx is only a problem in cities under certain atmospheric conditions, perhaps cell-phone technology could be applied to our car engines.  Air quality sensors fitted on phone masts could monitor local atmospheric conditions and signal to vehicles when NOx emissions reach unacceptable levels.  This will then activate the exhaust recirculation of vehicles in the area reducing tail pipe NOx emissions. Thus our engines will usually be economical and low in carbon dioxide emissions whilst alleviating the suffering of asthma sufferers in cities.