I was interested to read about the Electric Lotus Evora to be unveiled at the Geneva Motor Show this month. It has acceleration unrivalled by its petrol sister. Just a little disappointed that Lotus should have developed a sound chip to make the whisper quiet electric car sound like it had an internal combustion engine. Lotus even programmed the electric motor to jolt when accelerating to make the driver feel that he is changing gear. I used to put scraps of cardboard in the spokes if my tricycle to make it sound as if it had an engine but I grew out of that when I was seven. Can you really imagine a grown man wanting his expensive electric car sounding like it had a petrol engine? 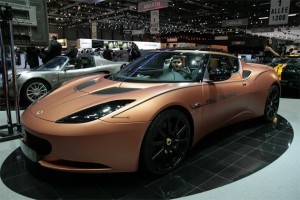